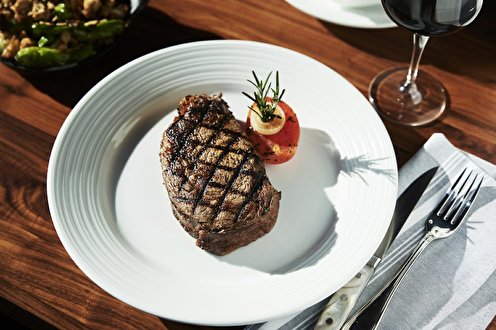 E3 Chophouse, a high end, service-driven, ranch-to-restaurant steakhouse is located in Nashville's Hillsboro Village neighborhood. The original E3 Chophouse in Steamboat Springs, Colorado, was founded in 2013 and is owned by brothers Adam, Andy, and Jeff LaRoche. E3 Chophouse is an extension of the family-owned E3 Ranch, headquartered in Fort Scott, Kansas.

"Jason & Luke jokingly talked for years about opening an E3 Chophouse in Nashville, and over time those talks became more serious," said Adam LaRoche. "This is the town they call home, and they're directly involved in the development and design of the restaurant. It's come a long way from Luke wearing the E3 hat I made as a novelty many years ago, and we are humbled and excited to bring the restaurant to Music City."