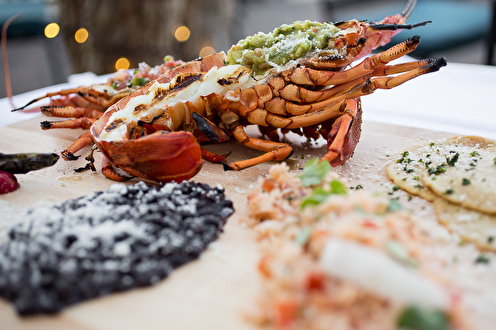 Just two block from the ocean, in San Diego's Pacific Beach enclave, Pueblo brings a bit of the Baja coast to San Diego. In a culinary fashion, Pueblo reunites the two Californias as they once were, into single territorial palate. Just as would be found on the peninsula to our south, Pueblo's menu offers dishes derived from the coastal communities of Baja…contemporary chef-driven plates fueled by regional ingredients, emphasizing seafood and lighter preparations…yet often influenced by traditional dishes and spices that celebrate Mexico's culinary heritage.